Raymond B. Cattell perceived the Culture Fair Intelligence Test (CFIT) in the 1920s. It is a nonverbal instrument to measure your analytical and reasoning ability in the abstract and unusual situations. The test includes mazes, classifications, conditions, and series. Such problems are believed to be familiar with all cultures. That’s the reason that the testing industry claims it free from all cultural influences.

The culture fair is a rapid IQ test. The full scale is to be resolved in less than one hour. When you ignore the speed factor, your results can be misleading and even dangerous to your career efforts. 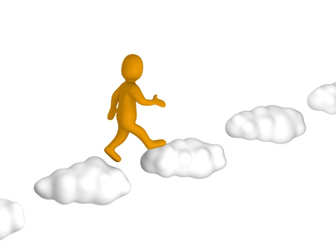 The culture fair intelligence test has gone through many revisions since its inception. The latest revision was made in 1961, and since then major and minor changes have been introduced. Currently, you can find three scales of the culture fair IQ test.

The first scale of the fair culture test is used for children (4-8 years) and the people with mental retardation. This scale is not essential for your career building efforts.

However, the scale number 2 and 3 are used for screening purposes in job and college admission situations. So, the remaining part of this page shall focus upon the typical features of these two scales of the culture fair tests.

The scale 2 and 3 contain two equivalent forms as A and B with the following features.

•    Each form is comprised of four sub-tests: series, classifications, matrices, and conditions. Several practice questions precede each sub-test. You are offered a booklet of eight-pages of multiple choice questionnaires.

The validity of the culture test has also been established. Its scores correlate in mid .80 with the general factor of intelligence and show a consistently high relationship with other mainstream intelligence tests such as WAIS, WISC, Raven Progressive Matrices, Stanford-Binet, Otis and General Aptitude Test Battery.

The developers of the fair culture test took considerably large samples of the population to standardize the results.

The standardized group for the scale 2 was composed of 4328 people including males and females. The developers included population not only from various regions of the United States but also from the Great Britain.

The standardized group for the scale 3 of the culture fair intelligence test was composed of 3140 people. This sample included students from the American High Schools and young adults from all over the America.

However, critics reject the standardization of the culture fair intelligence test on substantial grounds. They rightly claim that the sample was not entirely representative. The standardization process has not even described percentages of women, African American, Americans and other sections of the population. Thus the whole process of standardization is faulty and misleading.