If you look back in history, practically ever army had its heroes. They weren’t there by accident though. They were there as a result of their ability. They had the required aptitude to be a good soldier. There were different physical as well as intelligent tests in which they needed to be fortunate to be a soldier or a leader. These tests were not like modern aptitude tests like armed services vocational aptitude battery (ASVAB), but we can’t deny a system of recruitment of soldiers.

Today your aptitude will be assessed with modern technology, but the purpose would be same; select the best from the available candidates.

The early days of aptitude tests and the armed services

The first appearance of an aptitude test for the armed services was early in the 20th century. Two tests were specifically designed. These were the Army Alpha test and the Army Beta test. The Alpha test was for competent English speakers. The Beta test was for those whose English was poor.

The Alpha test comprised ten scales, the Beta test 7. Both tests were explicitly aimed at testing mental agility. The tests remained relatively constant until 1968. Then the first armed services vocational battery was introduced. This test is a multiple choice format exam. It is, and always has been administered by the United States Military Entrance Processing Command.

The ASVAB is also made up of a smaller section which has to be passed by all recruits.  A pass mark is set according to the branch of the services it is for. This part of the ASVAB is called the Armed Services Qualification Test (ASQT).  It can be taken by anyone of any age looking to enlist. It is mainly presented to students in the US to choose between 10th and 12th grade. The test is used as a formal qualification necessary to join the United States military service. 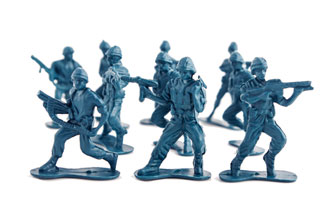 The more up-to-date and established testing