Personality Testing Practice and Assessment of Personality in Job Market

If you are looking for answers to similar questions, then read ahead.

Any test, standardized instrument or questionnaire which has been designed to aptly measure the personality, also known as the character or the psychological makeup, of an individual can be named as a personality test.

It all started with design of simple personality tests in 1920s. The tools were devised select the candidates who were considered fit for certain types of jobs with specific characteristics. Their primary customers were armies all over the world.

Before that, the personality of an individual was assessed in an entirely different and unique manner. They relied mostly on pseudoscientific techniques like phrenology, which is the measurement of the skull of that particular individual, and physiognomy, which is the assessment of personality judging from the outer appearance of the individual.  However, due to demands of armies for better tools led the psychologists to go for more empirical methods of testing which eventually those pseudoscientific methods.

One of the earliest successful personality tests that came into being was the Woodworth Personal Data Sheet, which was a self-report inventory type of personality. This test had been developed to carry out a psychiatric screening of the new inductees into the army at the time of World War I.  There were a few more:

The Self-Report Inventory has been the most common type of personality tests. It is also termed as the objective personality test. There are many items included in this kind of tests, some of which are questions and others are statements or situations, and the test taker is required to answer in the degree to which he agrees or disagrees to the ‘problem.'

A sample item on such a test could be, ‘I like to socialize with new people on parties.’ The test taker can be asked to answer with a number on a scale of 1 to 5 or 1 to 10 for example; with one end connoting to strong agreement, and the other don't. A very commonly used self-report inventory test would be the Minnesota Multiphasic Personality Inventory (MMPI). It is probably the best personality test of this kind which is widely used to identify different psychological problems in the test takers.

These kinds of personality assessments can only be carried out by an expert psychologist who has to derive personality evaluations by assessing the behavior of the person.

An individual’s personality can be assessed in limitless ways as it tends to unfold many dimensions said to be relative to the situation and the surrounding. Another type of personality testing method is using the peer report studies in which the reports provided by the peers offer a valuable insight into the character of the individual being assessed.

Projective tests are also widely used as part of active personality testing. These often contrast to the objective methods because the projective testing methods utilizes ambiguous stimuli, which can be images, words or scenes, to invoke response from the individual being assessed. These help in evaluating the hidden emotions and internal conflicts of the test taker. The most commonly known and best personality test from this category is the Rorschach Inkblot Test. Others include, 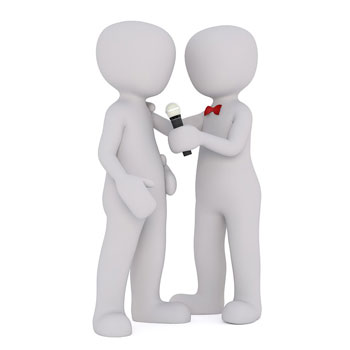 Being a subject to the personality testing is an entirely different game. There are two opinions in this regard. Some experts say that there is no need for personality testing practice. However, a majority feels that an exercise helps the subjects to be well acquainted with the test structures and questions which you may face during the testing process. I like to go with the opinion of majority.